Charitable Causes Benefit From US Tax Dollars, Is It Wrong?

The old adage, “It’s better to give than to receive”, is true. And the NIH wanted to prove it.

In a study by the NIH in 2007, medical science tried to answer the question, “Is it better to give than to receive?”.

In this study, 19 women were given $100.00 and told that whatever was left was theirs to keep at the end of the study.

Next, they were placed in an fMRI machine and were given a series of donation simulations.

In some of the situations, the participants were asked to give voluntarily to local food banks.

In others, they were forced to give to charitable causes.

Not surprisingly, the participants that were given the choice and chose to give had pleasure centers of their brain activated similar to those of receiving a financial windfall.

They reported feeling a “warm glow”.

However, when the generosity was forced, the positive impact to the brain was not noticed at all.

As an aside, I am probably not so glad we spent some of our tax dollars on this study.

Otherwise, we might have to rely on common sense (and the most widely published book in the history of mankind) to know this:

People feel better about spending their money the way they see fit rather than someone else dictating it.

Our government spends money on our behalf on what you might call charitable causes all the time, and…

They are good at it.

Our tax dollars are hard (or hardly) at work.

Charitable Cause of Military Aid to Ukraine

To date, the United States has appropriated more than $54 Billion to aid Ukraine in its continued war with Russia. 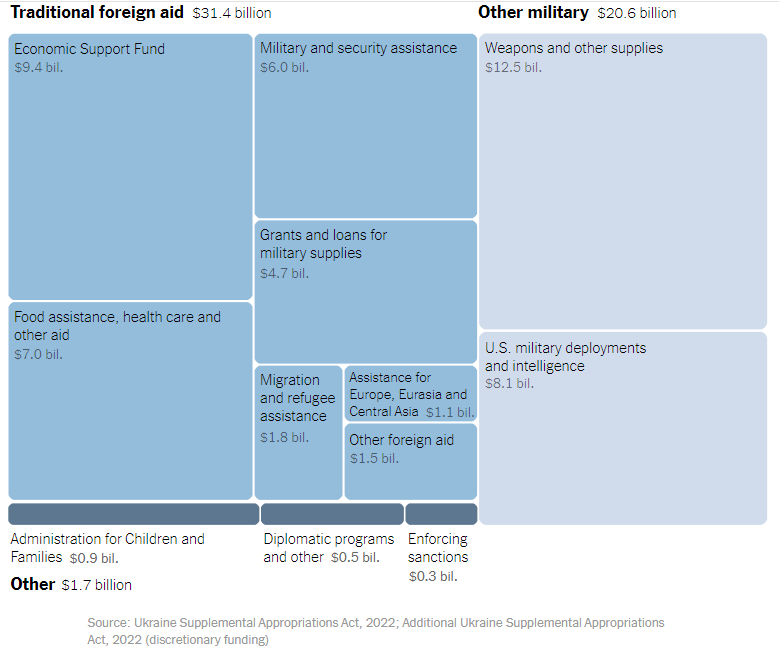 The US may have a military interest in backstopping Ukrainian defense. Of the $54 Billion, we have allocated roughly $30 Billion in various forms of military aid.

But what happened to the other $24 Billion?

The US has earmarked $7 Billion for food assistance, health care and other aid.

There are around 144.3 million US Taxpayers. Therefore, the humanitarian aid given on your behalf converts to $166.32 per US Taxpayer. And the military aid converts to an additional $207.90. Does this give you a “warm glow”?

The Noble Charitable Cause of Humanitarian Aid

In addition to the continued war in the Ukraine, the US also “invests” in the charitable cause of humanitarian aid in over 180 countries in one form or another.

The total amount of foreign development aid from official sources over the last fifty years is about $2.3 trillion. 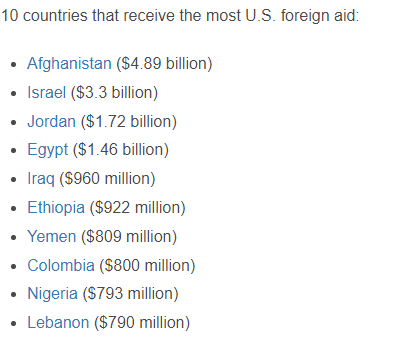 What does this charitable giving mean to the average US taxpayer? Assuming the same 144.3 million taxpayers, this equated to roughly $273.11 per taxpayer in FY 2020.

Not-So-Charitable Cause of Foreign Military Aid

Of course, the United States also contributed approximately $11.64 billion in the form of military aid. The top 10 recipients of this aid account for approximately 77% of the total.

This cause may not be considered charitable, as we may have a vested national security interest with regard to providing military support to our allies. However, this “charitable cause” costs the average US taxpayer $80.67 each.

The Somewhat Charitable Cause of Student Loan Forgiveness

What is the cost? 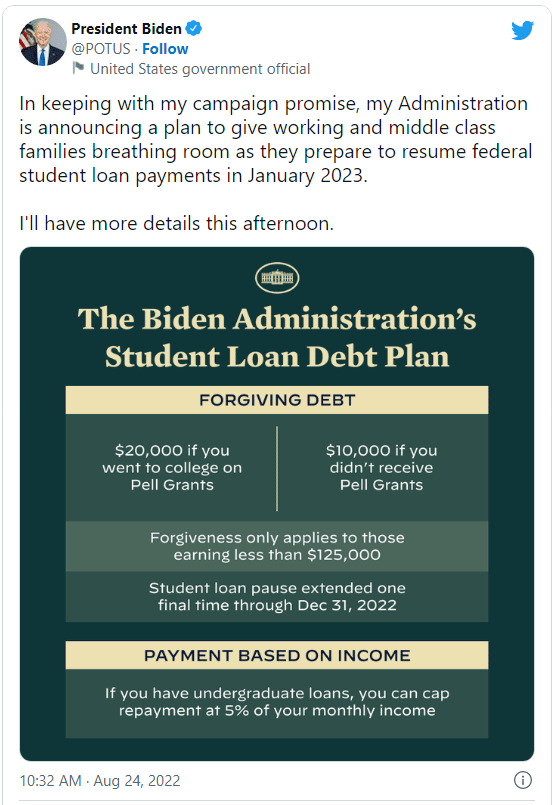 The benevolence of the US taxpayer will now relieve up to $20,000 of student loan debt per borrower (if the recipient received Pell Grants). The estimated total cost of this forgiveness program is approximately $519 billion. This equates to approximately $3,596.67 per actual US taxpayer. There may be court challenges to this program as it is not known if, despite the HEROES Act language, whether the authority to totally forgive debt rests in the hand of the Secretary of Education.

These four programs engaged upon by the United States have a cost per taxpayer as follows:

This is no way intended to be a comprehensive look at all “charitable causes” contributed to by the United States taxpayer. However, these causes alone cost $4324.67 per US taxpayer and we are already feeling the pinch.  We don’t have the money, and the cost of borrowing is on the rise as the Fed continues to increase rates.

I wonder how the 19 women’s pleasure centers of the brain would respond in the MRI from this involuntary giving.

But is it wrong?

It would be tough to argue constitutionality with James Madison.

As the father of the constitution, he stated that he could not find an article in the document that granted any right to Congress to spend money on benevolence the money of its constituents. It is tough to win an argument about intent of a document with its author.

I believe the statesman, Davy Crockett, said it best:

In his famous speech, not only did Davy Crockett suggest that the members of Congress do not have the right to appropriate public money to charitable causes, but he also offered one week of his own pay for the cause that was at hand. As the poorest member in the room, he suggested that if every other Congressman did the same it would provide more than what was being asked.

He believed in the cause and still did not feel he had the right to use taxpayer money to support it.

It is right to give to charity.

Not only does the act of giving activate the pleasure centers of our brain, but it is also our sacred duty to help the weak.

As read in the Book of Acts. it is more blessed to give than to receive.

Instead, take a look at what others have done voluntarily.

As residents of a mostly Christian nation, Americans donate more to charities than the residents of every other country.

High net worth families donated, on average, $29,269 in 2020 to charities and charitable causes. The statistics don’t lie. The best way to be sustainably charitable and earn that warm glow that giving provides is to grow your wealth so you can live in retirement and give like nobody else.

One great way to grow your wealth is to invest some of your wealth with a trusted financial advisor like the ones at Dupree Financial Group. Our value driven process works to grow wealth and provide income that you can donate to the charity of your choosing, and not rely on the benevolence of the US government.

Contact us today for an absolutely free, no-obligation consultation to find out if you are on the path to live and give like no one else. 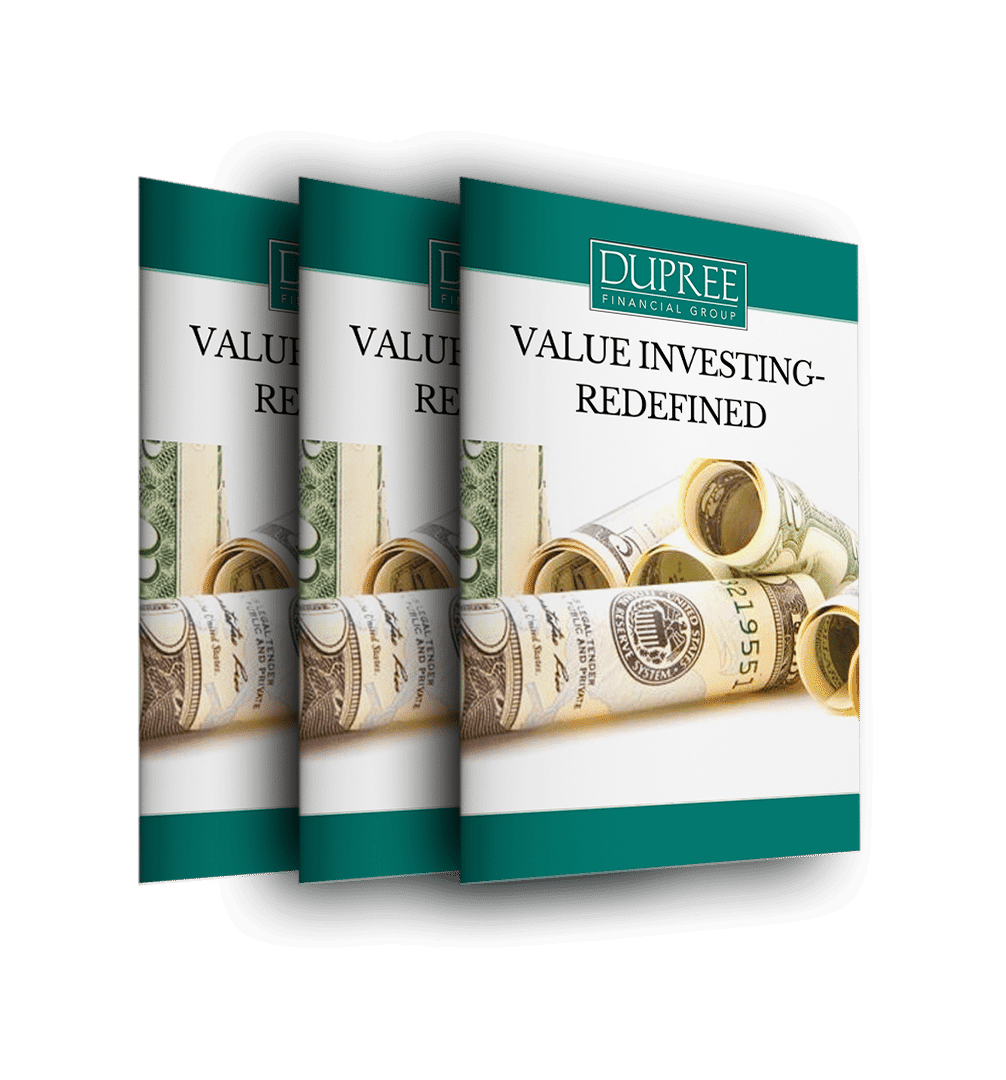